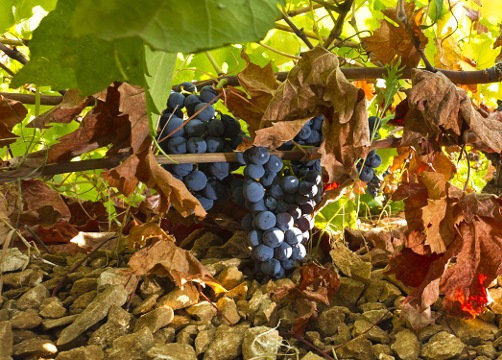 Croatia, Dalmatia, Island Hvar - one of the most beautiful and sunniest islands in Europe. Fields of lavender, rosemary, olive groves, vines...
We’ve established our family farm in the beginning of 1986, which is considered as the year of our establishment. We have received the patronage for the top quality wine in 1989 and then we´ve started with the sale of wine. We founded the company Vitis in the year 1991 which changed the name in to Zlatan otok in 1993.

Our vineyards are located on the southern slopes of the island Hvar and on Makarska vineyards below Mt Biokovo, as well as the vineyard in Šibenik which is owned by our other family business Vinoline.

Since the founding of our company we have achieved success in a various national and international competitions and exhibitions: Vinovita Zagreb, Split GAST, WINE Ljubljana, Zurich, Bordeaux, Decanter, Sabatine, Nürnberg, Paris, and etc. We were chosen for the winemaker of the year twice, and since the existence of this recognition, we have always been among the top ranked.

More than one hundred awards, medals and recognitions, and along with it about 20 champion graced awards stand in our our premises. With this we validate our efforts and achievements of lasting excellence and champion tradition.

Vineyards in the wine-growing positions of the southern slopes of the island, extending from Milna - Sv. Nedjelja - Zavala. Slopes of 40-60%. Variety »Plavac mali« prevails. Exclusively manual processing and small vineyards yield about 0.70 kg per vine. Protection of the vineyard with chemicals is unnecessary because of the specificity of the climate, soil and growing shape. Around 10 hectares of vineyards and purchase of grapes from approximately 80 hectares of vineyards. »Plavac mali« wines also come from Hvar from the winery Zlatan Otok - Croatian wines with the most awards received.

In the winery, Zlatan Otok, grapes from our sister company Vinoline from Sibenik is processed. This is additional production of around 400,000 bottles of wine. Vineyard area of ​​65 hectares with about 500,000 vines. Varieties: Plavac mali, Babić, Crljenak, Pošip

Over one hundred awards, medals and recognitions of Croatian
and international titles for our wines.
The most significant titles