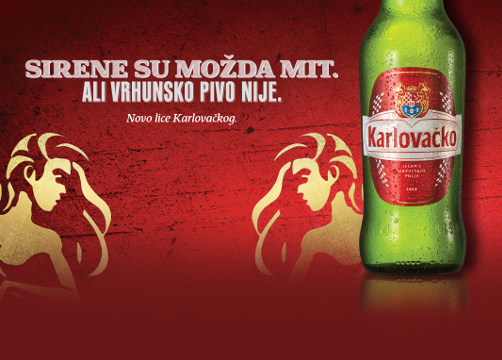 The most famous beer brand of Karlovačka pivovara brewery in Karlovac, where beer has been brewed since 1854, is Karlovačko pivo. The brewery has been part of the Heineken Group since 2003. The lager Karlovačko svijetlo ("Bright Karlovačko") is exported worldwide and has already been awarded four Monde Selection Gold Awards, most recently in 2004. Karlovačko svijetlo was also awarded a gold medal at the International Trade Fair Drinktec, which took place in Munich in 2005. In addition, the brewery produces under the brand name dark Karlovačko crno, Karlovačko zimsko ("winter beer") and non-alcoholic beer.

In 2017, the brewery in Karlovac built a warehouse according to the principles of environmentally friendly construction. From this year they use solar energy for beer production.